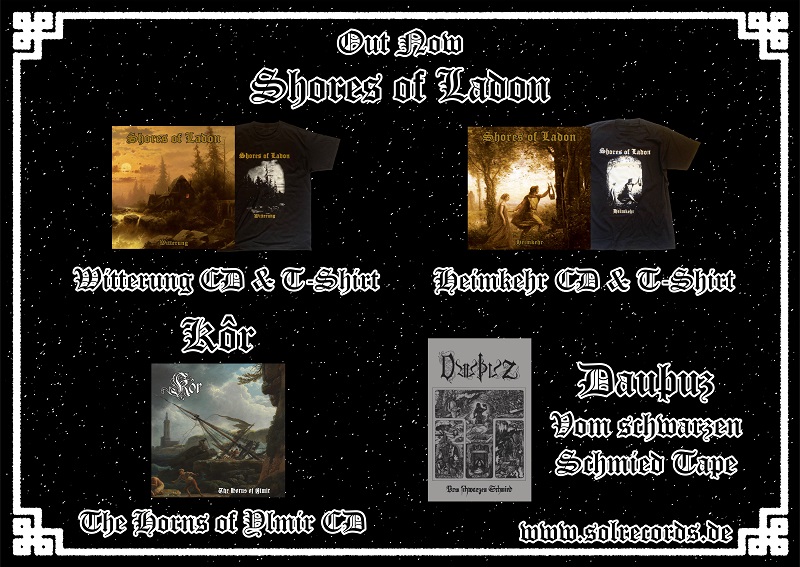 Eight years have past since SHORES OF LADON's acclaimed debut album "Eindringling". Finally, Sol Records brings to you its successor: "Witterung". In German language the title itself refers to an old-fashioned word for weather as well as to the animalistic sense of smell, especially in hunter's vocabulary. Similarly SoL's music on here sets wolfish passion, invasively detailed guitar work and sharp tension-filled songwriting amidst an endearing autumnly cold Black Metal atmosphere. Together with the equally multi-layered poetic lyrics - filled with emotional chasms, intensive experiences in nature and subtly interwoven motives from literature and folklore - these seven songs, encompassing 48 minutes with no intro, outro or intermezzo, might easily represent SHORES OF LADON at their artistic climax so far.

SHORES OF LADON's new EP "Heimkehr" ('homecoming') includes four new songs and a cover version, spanning over 26 minutes of duration altogether. The title itself shows yet again the band's subtle sense for ambiguity: While referring to Orpheus' retrieval of Eurydice from the underworld, which forms the core concept of the lyrics herein, as well as to a poetic German word for death, this EP also features old pre-Shores of Ladon songs 'returning home'. Two of them ("Verlust" and "Jagdgrund") originate from a nameless demo tape recorded in 2006 by St. and drummer M. (Cold Earth, Thorybos, Stygian Temple) with the lost lyrics being substituted. Also the title track pre-dates the band's formation and was written by guitarist Nosophoros in 2008, re-arranged for SoL's "Promo 2010" and now taking its final shape with re-arranged lyrics on this EP. Last but not least, and as very personal gaze into the past, "Abstieg" and "Weltenende" illustrate various SHORES OF LADON members' deeply rooted passion for the Neofolk genre. The first is an own rendition and tribute while the latter is a cover version of one of this culture's greatest hymns of the last two decades, "Ragnarok" by mighty Sonne Hagal.

Strictly regarded as a sideproject of Sol Records cabals Shores of Ladon, KÔR undeniably bears the signature of St. music-, sound- and atmosphere-wise. Supported by SoL drummer Bavragor and recorded during the sessions of the aforementioned band's second full length "Witterung", it's the English language vocals, the Tolkien-based lyrical concept and various very personal intentions that set "The Horns of Ylmir" apart.
The CD release contains 4 songs (38 minutes), mastered by H. Sovali/Trollhorn, and comes with an 8-page booklet.

First reviews for both Shores of Ladon and Kôr releases online at Voices from the Darkside. Also full album streams available at Black Metal Promotion. 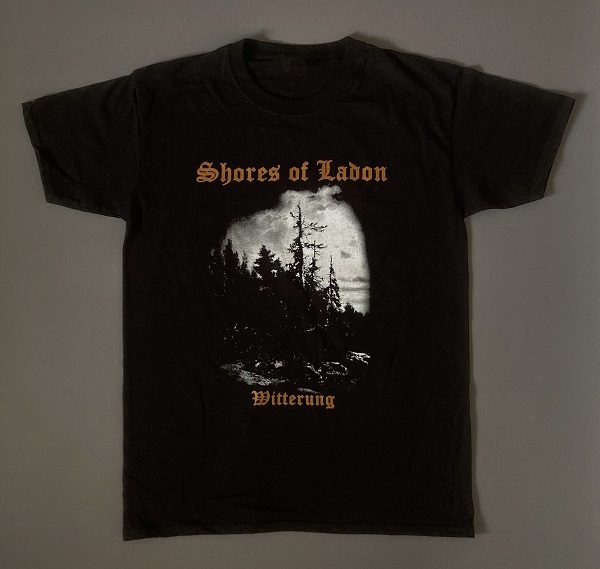 Due to unexpectedly high demand, we decided to reissue the sold out Shores of Ladon - Witterung T-Shirt. This time with bronze-colored print.
The rest of the design is identical to the first edition. 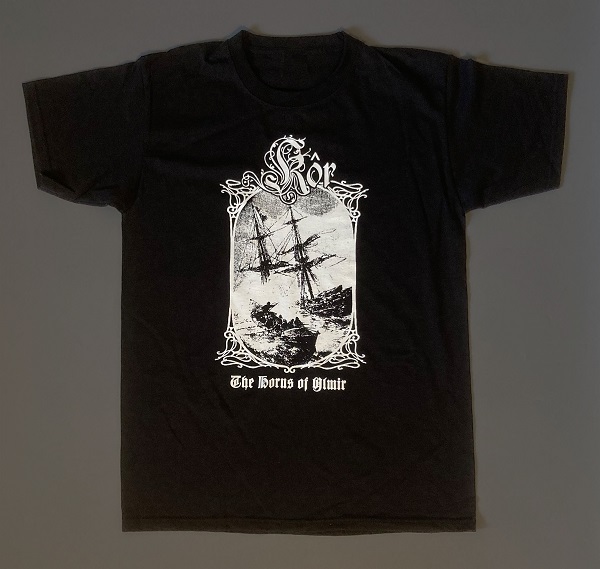