In meantime we are listening to the song premiere tonight on @blackmetalpromotion666 youtube Channel ! 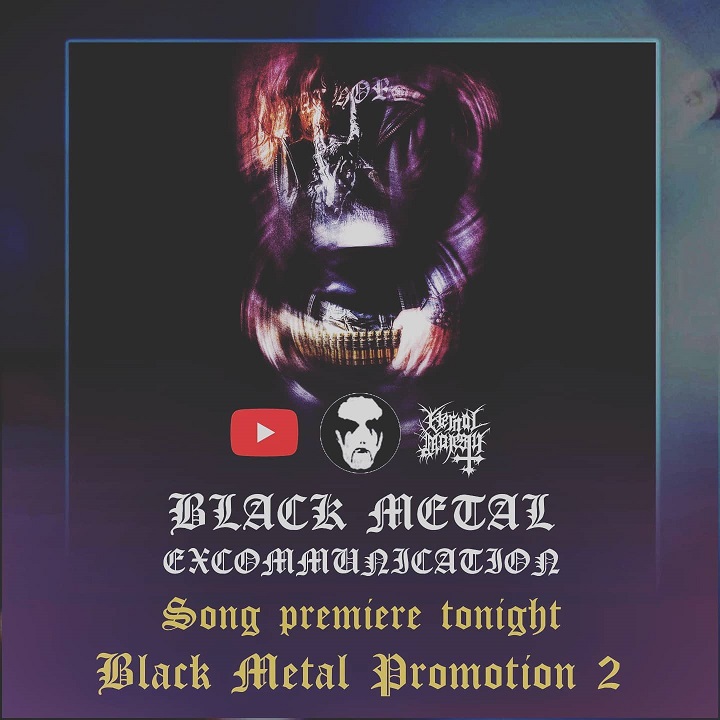 Here we go with a few details regarding the upcoming Eternal Majesty LP:

Back in the late 1990s and early 2000s several split releases with protagonists like Judas Iscariot, Antaeus and Krieg as well as their masterful debut full-length “From War to Darkness” (2003) made ETERNAL MAJESTY a household name not only in the French Black Metal scene, but a constant deliverer of pestilence throughout that meaningful period of underground radicalization. More than 14 years after their second album “Wounds of Hatred and Slavery”, E. M. complete their trilogy of terror with “Black Metal Excommunication”. Still, this is not your typical miserable ‘comeback album’ banking on something long lost, but an independent and distinct landmark of a band continuing its own path and identity. While its exquisite riffing, confident songwriting, outbreaks of furious aggression and the band’s highly intensive trademark vocal performances preserve strong nostalgic glances, “Black Metal Excommunication” does not feel like living in the past but culminates in something severely personal, straight and precise, heavily layered with a diabolical gravitas that is longing for a dark escapist journey.
Deviant Records is proud to handle the 12”LP release of “Black Metal Excommunication”.

Release sometime in the spring 2021

We were informed by the pressing plant that the dispatch of the ETERNAL MAJESTY - Black Metal Excommunication LP will be delayed until june. The Poster and Inserts has already arrived and looking awesome. 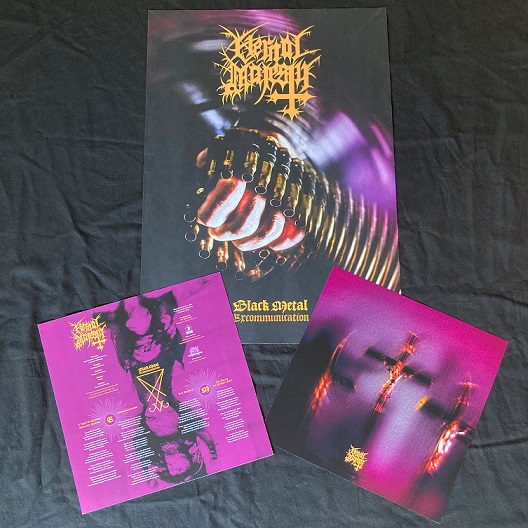 In meantime listen to the full album here: