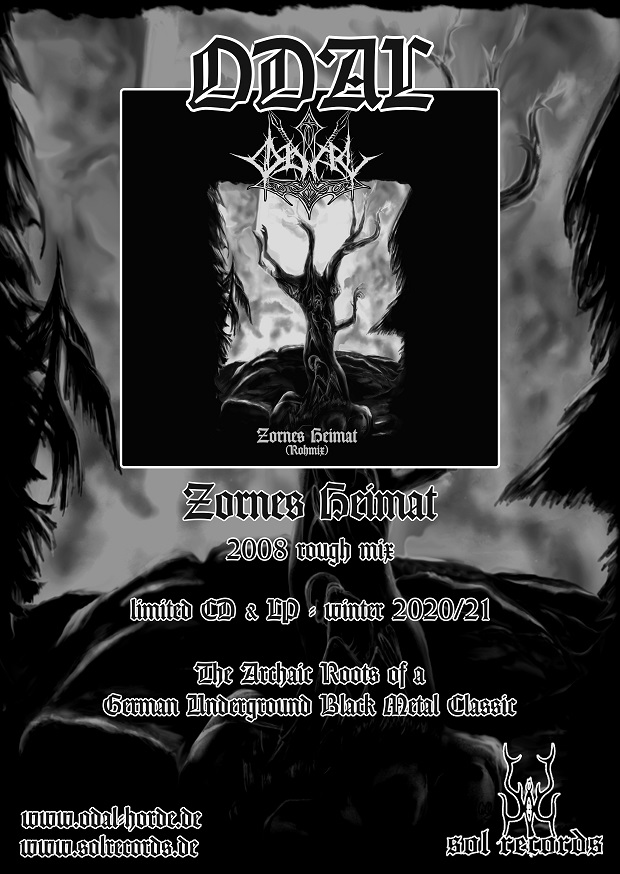 The ODAL - Zornes Heimat (Rough Mix) CDs have already arrived at the Sol Records headquarters. They look great and sound fantastic. We are now waiting for the LP version, which will come out of the pressing plant during February.
The sale of the CD & LP will start as soon as we have everything in our hands.
No Preorder!
Sound:
Zornes Heimat (Rough Mix)
Top

OUT NOW on SOL RECORDS 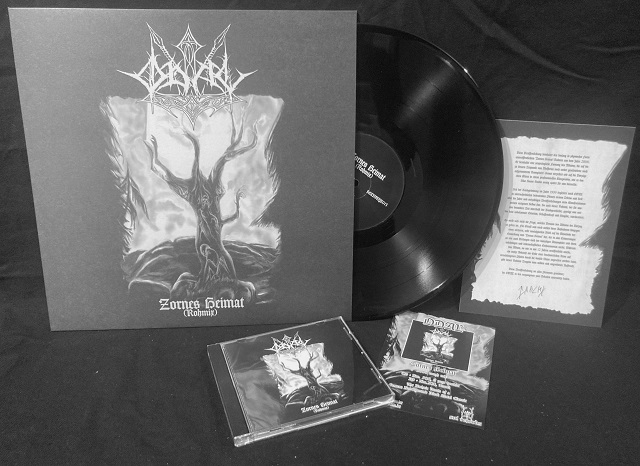 Formed in 1999 this Thuringian force slowly made its name in the German underground with an impressive demo that sneaked into the last breaths of the tape-trading days as well as with two 7"eps on Christhunt Productions and Sombre Records respectively. However, it was their debut album "Sturmes Brut" that turned ODAL into a synonym for addictive, dense and raw, arid yet emotional Pagan Black Metal.

In 2008, six years and several releases later mastermind Taaken's third album "Zornes Heimat" again managed to match (or as some say even surpass) the debut's vigorous intensity while remaining faithful to the quintessential core. "Zornes Heimat" (home of wrath) represents a mournful longing for the pure and the forlorn, restlessly embracing one's own grim and bittersweet hatred - an introvert yet forceful soundtrack to a man's dismal journey on old paths in search for his place within the darkness of nature.

Sol Records is proud to release this album again and support ODAL, a band whose sombre trail we've been following for decades now, while they made ours darker in return. Be aware that this is NOT AN ACTUAL RE-RELEASE, but an ALTERNATIVE ROUGH MIX made by the band in 2008 that, amongst other differences, lacks the bass guitar. We won't tell anyone which version to prefer, and don't even see any necessity for a better/worse comparison. But if the wellknown version describes the intense and possessed atmosphere in the midst of the aforementioned journey, this unpolished harsh mix and its energetic rawness stand for the impetuous ferocity of departure, and we feel it's more than worthy to finally be unleashed on the appropriate physical formats.