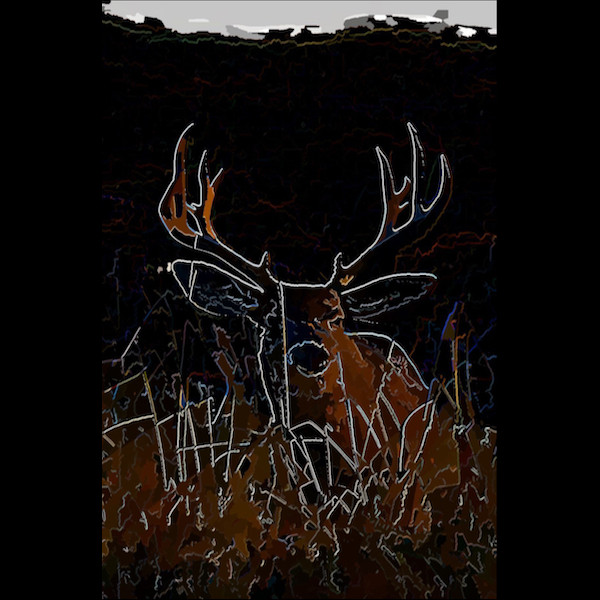 After a not-inconsiderable stasis, we at BIRTH CONTROL PRODUCTIONS are very pleased to finally present another addition to our catalogue.

Shipping now, BirthControl12 is the FIRST EVER cassette release from the controversial ZOMBIE DEER—the multi-genre cult project broadcasting from St. Louis, Missouri, USA. Guilty party Jim Deer, seasoned superspreader of outsider aural horrors under this and other monikers (to wit: PIPELINEEXPLOSION and 7 DOLLAR SOUND CARD), is a frantic original who seems to shred the blueprint and start fresh every time he adds a new release to his extensive and growing online trove of self-released experiments (also some works on the GATES OF HYPNOS, IMPLODING SOUNDS and NAILED NAZARENE INDUSTRIES netlabels, and a CD EP on the latter’s NAILED PHYSICALS imprint).

On this self-titled excursion, our very own uncategorizable and unpredictable Sir Jim once more reanimates The Deer, this time as two churning, slowly mutating 15-minute viral loads of layered static noise… delightfully trance-inducing and, upon less altered listening, disclosing subtle power electronics and electroacoustic influences from its surging depths, this bleak and brooding NEVER-BEFORE-RELEASED album paints a feverish abstract portrait of a profaned planet upon which hope is only an echo and Life itself is swiftly losing the monopoly on authenticity.

As with most of the BCP catalogue to date, ZOMBIE DEER’s ‘Zombie Deer’ PRO-C30 will be available only in its physical edition— in this case of a VERY LIMITED 36 COPIES…. so act now.