Cold Earth - Your Misery, My Triumph CD [OUT NOW]

Cold Earth - Your Misery, My Triumph CD [OUT NOW]

...raw, unsophisticated but honest nostalgia to any degenerated attempts of 'individuality'.

Re: Cold Earth - Your Misery, My Triumph CD [OUT NOW]

OUT NOW on SOL RECORDS 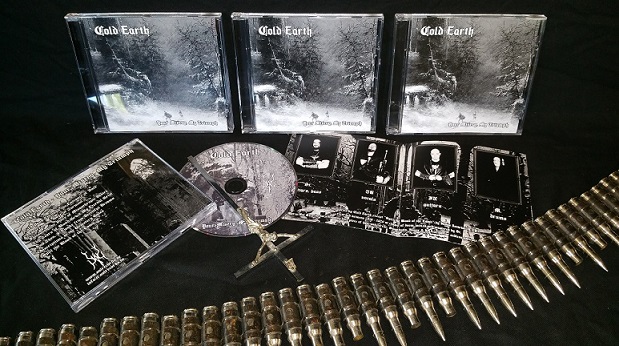 COLD EARTH is a project consisting of several members from our very own Sol Records circle. The sole purpose of this project is a nostalgic glance at the radical late 90s / early 00s Black Metal movement, and paying tribute to this particular era, its atmosphere and its protagonists. Embodied in grim and unpleasant Black Metal that transpires the atmosphere of an abandoned cemetery in autumn, "Your Misery, My Triumph" is an homage to an intense, somewhat strange yet magical time that significantly shaped some North-Eastern teens-or-twens perception of the underground, and the ideals that they embrace ever since. We know this has been done thousands of times before, but we'll always prefer raw, unsophisticated but honest nostalgia to any degenerated attempts of 'individuality'.