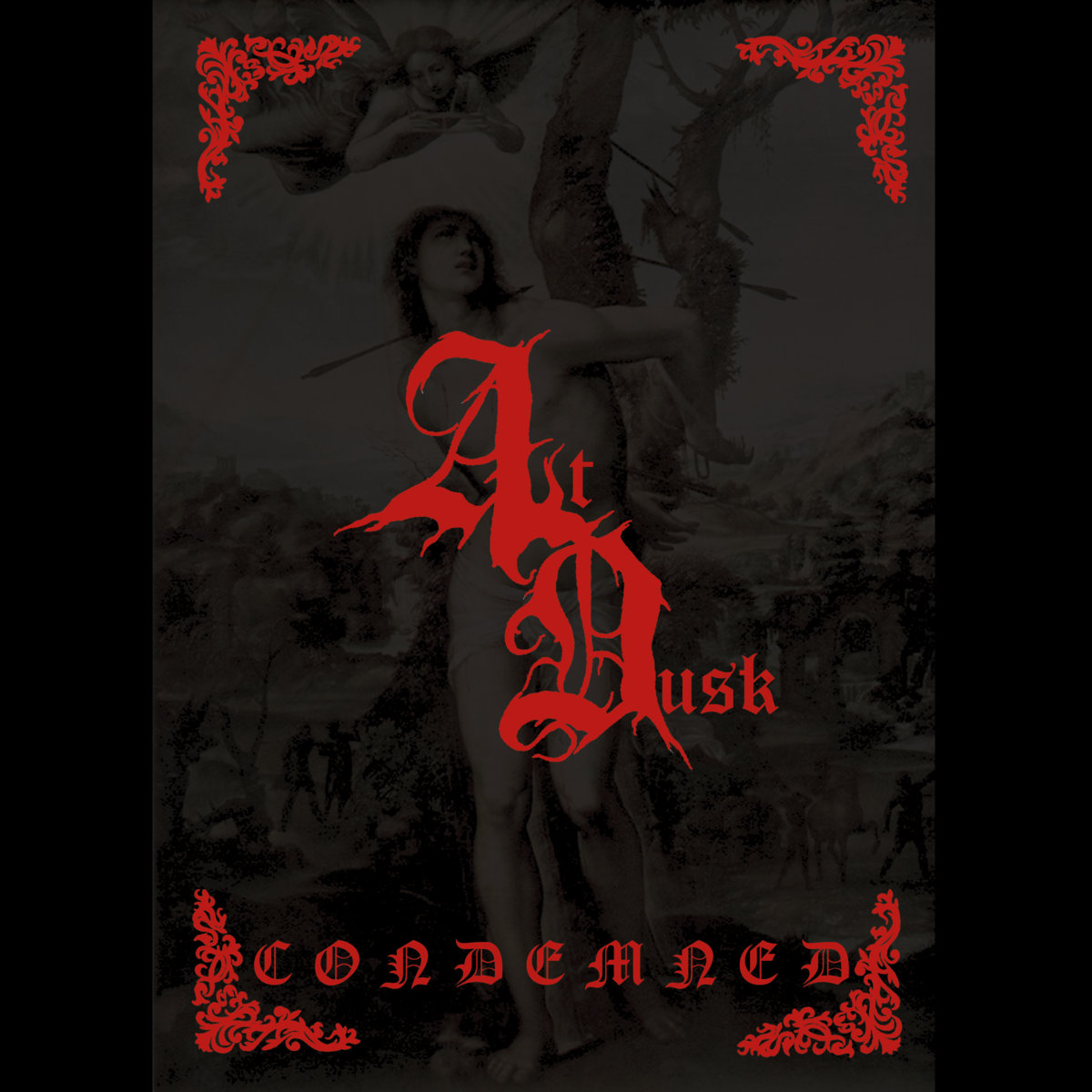 Since its inception in 2010, At Dusk has been one of the most singular projects in all of USBM. Iconoclastic to the point where each release under the At Dusk banner stands on its own, isolated not only from anything else currently happening in the American black metal underground, but even the rest of their own output.

That’s not to say, however, that there are no through points in At Dusk’s discography. It’s quite the opposite, in fact. The style of black metal that At Dusk plays may have gotten progressively less raw since the project’s debut split with Idolater, but the musical and lyrical frameworks that define At Dusk have been present from the start: depressive black metal infused with equally depressive doom elements, dealing with existential themes of death, despair, and the lingering effects that Korihor, the generally unseen architect behind At Dusk, has dealt with since being excommunicated from the order of his faith.

Yet while the recordings may have gotten cleaner, the music itself sounds more tormented - almost as though the increase in production values has been inversely proportional to the project’s overall mood and tone. 2014’s Anhedonia takes its title from a major depressive disorder wherein individuals experience a decrease in their ability to feel pleasure. Classically influenced piano became an important element of At Dusk’s sound on this album, and the lyrics were all composed in iambic pentameter, imbuing them with Shakespearean sense of tragic grandeur.

In many ways, Anhedonia was a beautiful album. In just as many (if not more) ways, Condemned is not – instead, it’s most likely the darkest, most emotionally claustrophobic entry in the At Dusk catalogue. From the grey-scaled images of St. Sebastian, tied to a tree and shot full of arrows - Martyrdom of Saint Sebastian by Il Sodoma (c. 1525) and St Sebastian by Peter Paul Reubens (c. 1614), respectively – that faintly adorn its front and back covers, to the sparse narrative arc of the album’s lyrics, Condemned would appear to be At Dusk album that most directly deals with themes centered around the ‘loss of faith.’ The song titles tell most of the story: “Condemned,” “Consigned,” “Martyred,” and “Maligned.” Arrest, judgment, and death, but with no hope of resurrection at the end – rendered in a sort of musical greyscale comprised of haunted, painful tones.

In that respect, it mirrors the story of Korihor, the anti-Christ from the Book of Mormon. After asking the high priests for proof of God’s existence, he’s struck dumb as punishment for his heresies. Realizing he’d been tricked by the devil into speaking against God, he immediately repents but is not forgiven. Instead, he was forced to live as an outcast and begging for his food before eventually being stomped to death.

At 50+ dense, emotionally intense minutes, Condemned can occasionally be a difficult listen. It’s an uncompromisingly honest listen as well.

Recommended for listeners of Aosoth, The Order of Apollyon, Make A Change...Kill Yourself, Mortualia, etc.

Limited to 100 copies on pro-CD in 15mm DVD cases with 4-panel lyrics insert, to be shipped March 29.