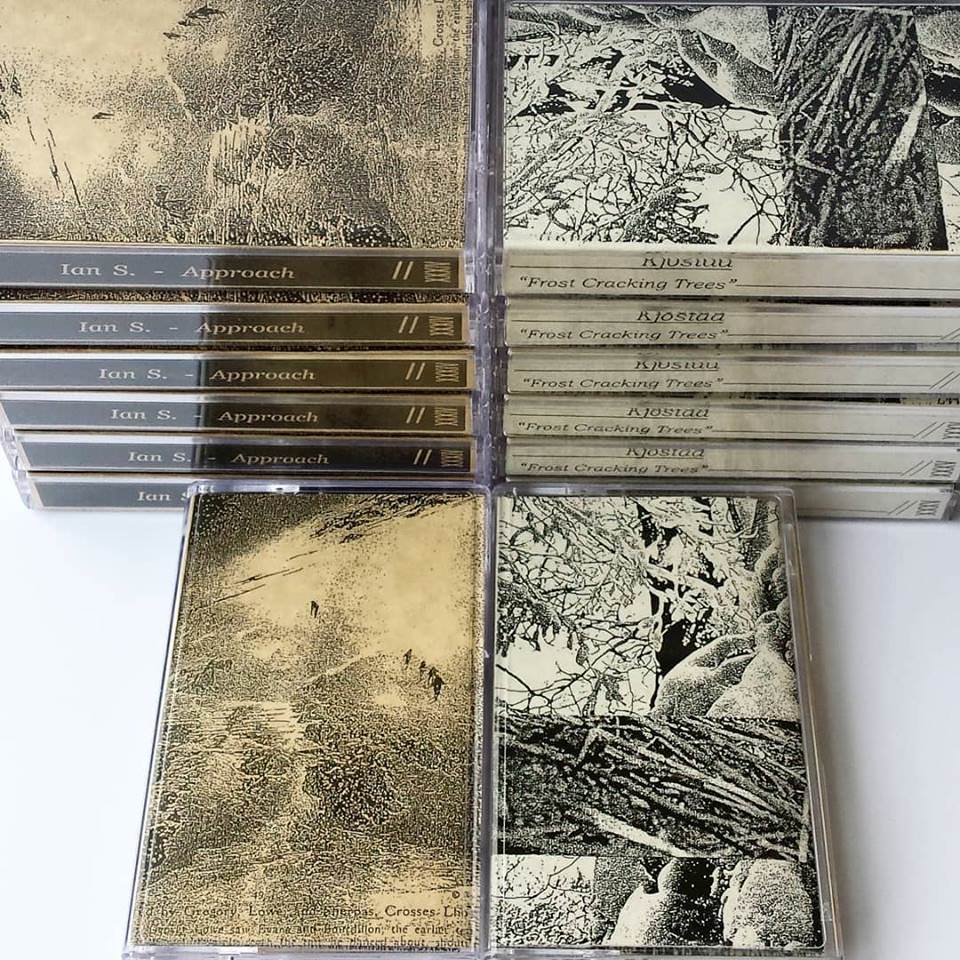 Alongside these first two release of 2018 is a slew of distro items including material from NEW FORCES, TORN LIGHT, PERSONA, TREVOR CLEMENT, UNSEEN FORCE, and MAGNETIC CORONER.

International customers please email your address along with a list to get a shipping quote.
primeruined at gmail dot com Front and back designed T's printed by Fairfield Press. Made to celebrate 5 years of label activity and to raise money for the coming Prime Ruin live event, "Make A Vow". While a small amount of shirts will be sold at the fest, this (limited time) pre-order is the only way to ensure your particular size will be available.
International customers please include your size when ordering.
NOTE: Other items ordered with shirts will be shipped together once they have arrived.

Also available are pre-sale tickets for Make A Vow, and a small update to the available tapes.
http://primeruin.bigcartel.com by Prime Ruin
OUT NOW:

Titles have been moving quickly, anything that isn't still up for sale may be found in the coming week or two from the following distros:
No Coast No Hope
Scream & Writhe (Canada)
Skeleton Dust
Thousands of Dead Gods
Momentumless Identity (Belgium)

by Prime Ruin
Out Now:

Rubbernecking #2
A collection of Prime Ruin artwork and related visuals spanning releases XX - XXXIX. These images have been culled from the depths of the label's filing cabinets and reproduced with attention to original detail and need for select two page spreads. Included are expanded/un-cropped collages direct from releases, outtakes of covers, and in-process hints. This new outlet is a snapshot of the label's late 2015 to mid 2018 timeline, showcasing a progression in overall craft and execution from the early days. Recommended for those interested in taking a closer look at a different angle of PR's evolution.

Magnetic Coroner - Time Maligned cs
The first official 'studio' offering from Magnetic Coroner. Shortly after the project began, an open call was put out asking anyone with unwanted tape fragments of any kind to send them to the Coroner for reuse in an ongoing collaborative experiment. Old cassettes, 1/4" spools, loops and microcassettes were mailed in from across the globe and manipulated into combined live works. The live sets were recorded and released as tapes with each contributor receiving a copy where they were properly credited. Since the project's inception in July of 2017, there have been 12 live performances and as a result, 12 tapes released of those recordings, often with a b-side pairing of a revision, rehearsal, or a finished companion track.

Time Maligned, however, is a far more refined effort. This release is the culmination of 90% submitted source material, true to the original intention with little of the Coroner's own voice in the mix. Tapes have been mangled, distorted, looped, sped up, slowed down, and delayed. The process is an ongoing challenge, an experiment by nature. These six tracks are some of the first complete results. Varying styles stretch across the 34 minute tape but with clearly defined structure, part of a greater whole. Over a year went into editing Time Maligned for it to become the album it now is: a shared meal of unease, serenity, violence, and repetition.

Included with this tape is a 12 page booklet filled with distorted propaganda, information about each piece's creation, itemized lists of tools, influences, and all of the contributors to this project from the time of its inception until the completion of this release.

by Prime Ruin
Out now: 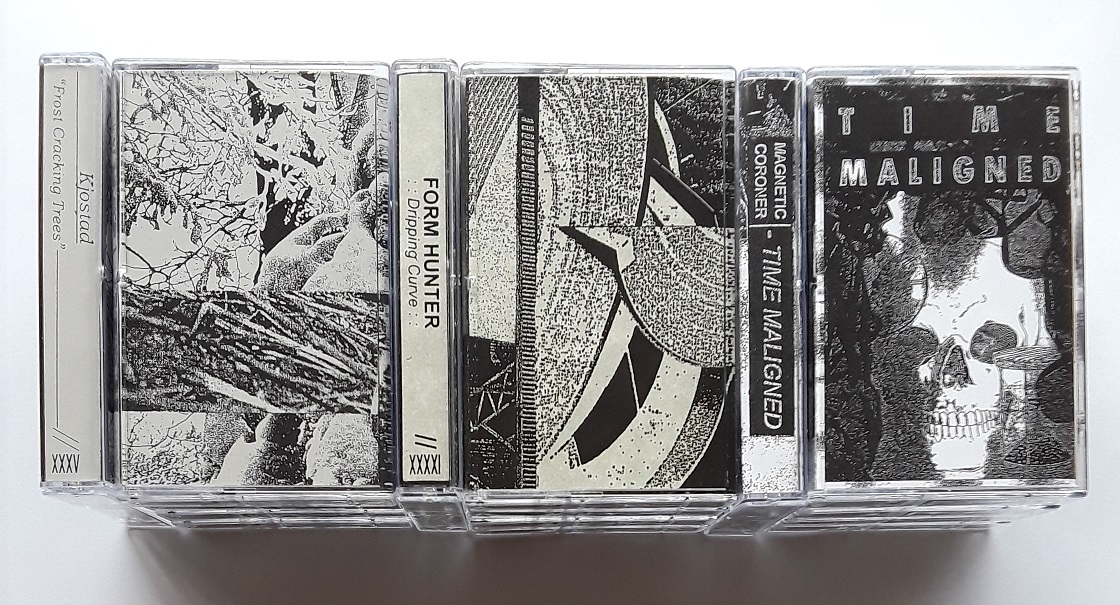